Light On, the classic album from Areyonga Desert Tigers was released in 1987, recorded in the original studio in Alice Springs the album features tracks in English, Luritja and Kukatja. Areyonga Desert Tigers were a household name in Central Australia in the 1980s going on to feature on several compilation albums. Light On was originally only released on cassette and while two of the tracks, Woma Wanti and Light On have been digitally available over the years, this is the first time in over a decade many of these songs have been heard. Enjoy this unique blend of classic rock with gospel influences on some tracks. 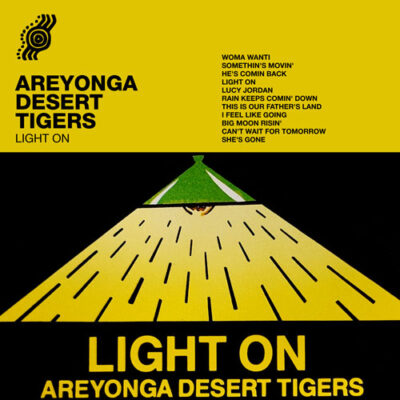