Trevor Adamson’s second album Where I Belong was record in Tamworth and released on the CAAMA Label in 1989. The title track was written about the feeling when you are away from your country and stuck in the city or another town and you’re missing where you belong. Trevor says of the songwriting process, “Your country is a part of you and when you return you’re happy to be a part of it and that’s where I said, that’s where I belong”. The album artwork was painted by Trevor and depicts the Ili (wild fig) his totem from his fathers and grandfathers country. 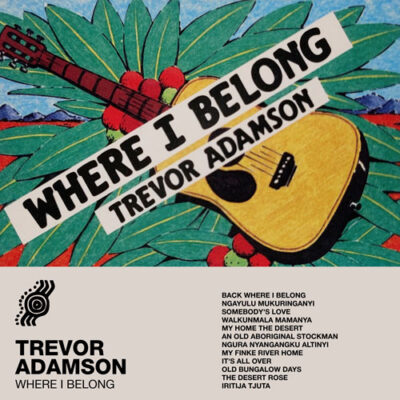