Legendary Pitjantjatjara band Ilkari Maru released their second album Wangangarangku Rungkanu in 1987 to follow up from the smash hit debut self-titled album released in 1984 and digitally remastered in 2020. CAAMA are happy to share this digitally remastered album with you previously only available on cassette tape. In the 1980s this album was in such high demand staff regularly had to box up cassette tapes and send them to radio stations around the country to share the music. The classic desert rock sounds of Ilkari Maru play a huge role in the sounds of Central Australia and influence on many bands today. 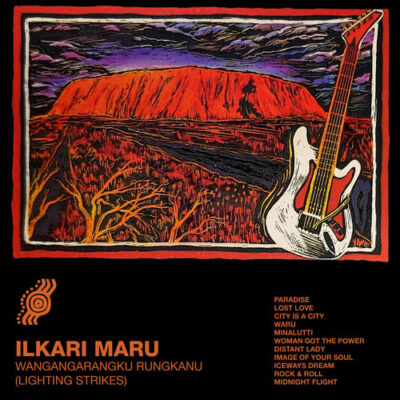