With a classic album cover created by the legendary Redback Graphix, the Wedgetail Eagle Band self titled album is a brilliant work of art. Formed in Fregon & recorded in 1986 at CAAMA Music, the band from the APY Lands were originally described as having a poppy uncluttered style – influenced by the Lindy-hopping period of east coast black music from the USA. 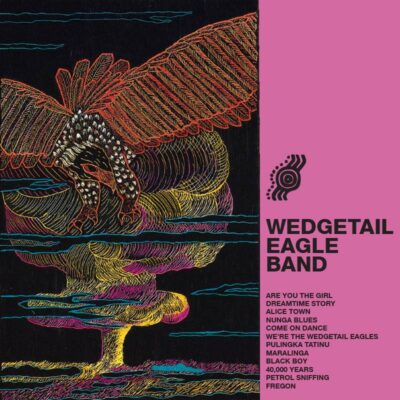