This live recording of the Teenage Band was done at Kurbi’s in Katherine on their Northern Territory tour starting in Alice Springs, travelling through Tennant Creek, Katherine, Jaribu, Ngukurr and Darwin, where the band played the NAIDOC Festival.

Featuring all of the hits from the Teenage Band’s 5 albums and career spanning 15 years, this live recording captures the spontaneity and exuberance of the band’s live shows. Drummer Manual Herbert shines on ‘Dreamtime Hero’ with frenetic fills and stick work, powering the band though an energized set.  Terry Banjo wails and shreds on lead guitar. 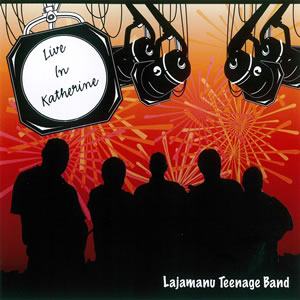