Released in 1999 as a follow up album to the breakthrough album ‘Vision’, ‘Dreamtime Hero’ reached No. 16 on the Australian Independent Record Label’s (AIR) charts.

Based on stories about caring for yourself and others, land rights, respecting elders and family, ‘Dreamtime Hero’ is an album for Indigenous teenagers in Central Australia. Bunna Lawrie of Coloured Stone said of the Teenage Band: ‘… what goes on in a lot of those communities is really hard you know … with petrol sniffing and all sorts of other things, but you know for them to come out being musicians it’s really, it’s legendary, it’s amazing.’ 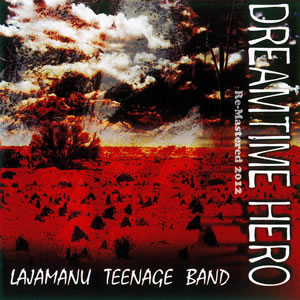