Kristal was a finalist on Channel 9’s ‘The Voice’ TV show in 2014 as part of the duo
Z-K, mentored by Will.i.am from the
Black Eyed Peas. Kristal is grand-daughter to the legendary Indigenous land rights
activist, Eddie Mabo and draws much inspiration from him. Now based in
Brisbane, Kristal still considers Weipa
home, on the Gulf of Carpentaria
Coast of Cape York Peninsula.

I FEEL I HAVE SO MUCH TO OFFER THE MUSIC INDUSTRY

Miranda has written over 55 songs, but had never recorded any of them professionally before winning the Alukura competition.
The song she recorded, ‘Better Days’ was written to inspire hope for those experiencing hard times or depression.
Born deaf in her left ear, Miranda overcame this difficulty through an operation and now has an impressive musical ear for tone and pitch. Miranda performed a song about this experience at the National Indigenous Music Awards in 2014, accompanied by the Darwin Orchestra, and counts it as one of her
career highlights so far.

Bec was introduced to music at age 11, touring as bass guitarist for her father’s country music band, Aces Wild. Since then she has performed as a lead vocalist fronting bands and as a soloist at events such as Adelaide Fringe Festival and Spirit Festival. She released her own EP in 2014 and is looking forward to recording more and exploring touring opportunities. www.onepagelink.com/becgollan

A Wergaia woman now living in Melbourne, Alice was a finalist in Triple j’s Unearthed NIMA competition for 2015. Her single You Are The Mountains is a piano driven, melancholic lullaby showcasing Alice Skye’s skills as both singer and songwriter. An emotionally powerful ode to her father
who passed away before she was born;
her connection to her Aboriginality.

I BELIEVE I HAVE RAW TALENT AND WOULD LOVE TO SHARE IT. I AM READY TO GET OUT THERE AND BE ACKNOWLEDGED AS AN ARTIST

Dora first started learning the guitar at age 12 and then later began song writing at 15 and has been doing it ever since. She loves to create punk/pop music, with a splash of rap and a sprinkling of her own beatboxing. Her hope is to connect with people around the world through her music – to inspire them to always follow their dreams and to never let self-doubt stop them from living their lives.

THIS EXPERIENCE HAS CONNECTED ME IN SO MANY WAYS, SPIRITUALLY, CULTURALLY AND MUSICALLY

Kelsey is a proud descendant of the Yuwalaaraay, Gamilaroi and Murrawarri people. In 2014 she received the Troy
Cassar-Daley scholarship as part of the Country Music Academy of Australia,
and was mentored by ‘The Flood’ frontman Kevin Bennett. Through the Clancestry Pathways Program she has worked with Bernard Fanning, performed at Splendour in the Grass and the Falls Arts & Music Festival.

Djonna studied music at university, and has a particular interest in jazz. As a young woman and Aboriginal Australian, themes of her songwriting include growth, freedom, love, nature and her connection to country. Djonna’s music demonstrates an ability to conjure place and feeling in a way that envelops her listeners.

I BELIEVE MUSIC IS MY TRUE AUTHENTIC SWING. IT IS WHAT I WAS PLACED
HERE UPON THIS EARTH TO DO

Thaylia is of Greek/Aboriginal heritage
and only picked up an instrument for the first time at age 23. In 2012 Thaylia quit
her high paying corporate job and sold
her house to pursue her music career. Since then she has moved from Perth to Sydney, released two singles, shared a stage with Archie Roach, and started a Bachelor of Music at the Australian Institute of Music. Thaylia is keen to explore her interest in both folk and electronic dance music. 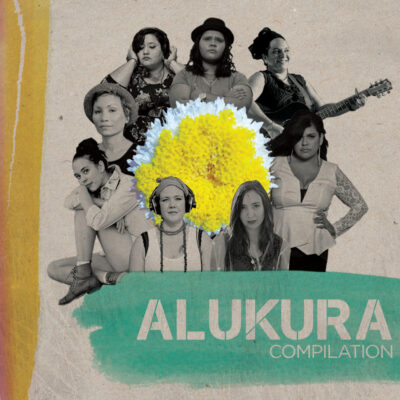