Kev Starkey is an Adnyamathanha and Torres Strait Islander man passionate about caring for Country and singing the blues. Writing and playing music for 30 years, Kev brings his diverse background and life experiences to the creation of his music. Be it instrumental or lyrical, Kev Starkey’s ten diverse styles of blues tell a story we can all relate to in one way or another. He crosses many genres from blues and classical to flamenco.

The single ‘Soaked in Sin’, sung in Kev’s signature smoky voice, is a reflection on the places he’s been and the things he’s seen on his life’s journey. With a voice reminiscent of Leonard Cohen and Tom Waits, Kev’s musical influences have also included diverse styles such as Neil Young and Led Zeppelin, classical composers like Bach, as well as flamenco musician Jose Feliciano.

After marrying his high school sweetheart and raising four children together, he is now ready to concentrate on another love of his life – his music. This debut album ‘Ten Shades of Blues’ was 8 years in the making, and encompasses the stories and rich life experiences he’s had raising a family of four children. In order to support his family he worked for 11 years as a truck driver specialising in transporting large boating vessels, and drove all around the country, sometimes being away from home for up to 3 months at a time. More recently he worked as an Aboriginal Discovery Ranger with Parks NSW as a cultural interpreter tour guide of country, as well as chairman of Aboriginal Education on the mid-north coast. With his mother and grandmother being part of the Stolen Generation, reconnecting to his Indigenous heritage has been a lifelong learning experience.

Kev was raised on the Sunshine Coast at Coolum Beach, before living in Coffs Harbour for nine years. Earlier this year he and his family moved to Bundaberg, where he is still adjusting to rural Queensland life.

His debut album, ‘Ten Shades of Blues’, was recorded at the CAAMA Music studio in Alice Springs and will be released Friday 8 July 2016. 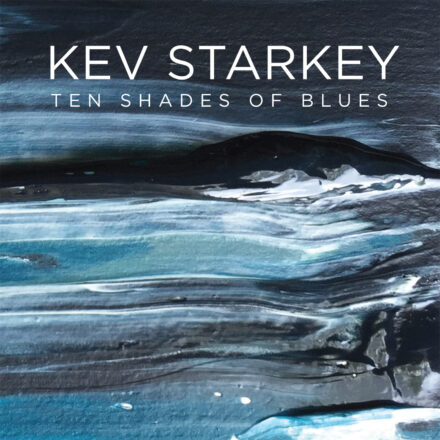