Yartulu Yartulu Band in it’s original lineup released their first album Kanga Julu Piwa (Take Me Back To My Country) on cassette in 1994. The album itself is a blend of rock, country gospel and reggae a sound distinctive across Central Australia and the Barkly Region. The band often used their music to confront and raise awareness about issues affecting Aboriginal people. The band now features many of the children from the original lineup and sing about their ancestors and everyday life. 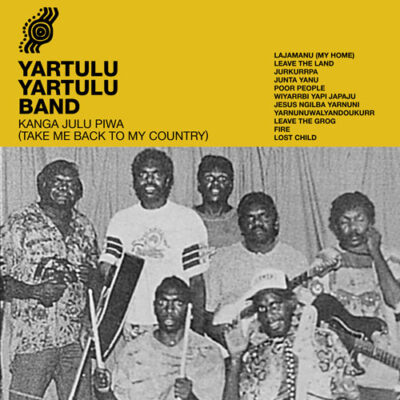