‘Too Much Humbug’ was something of a comeback album, released when the band regrouped in the wake of Christine Anu’s massive success with thir song ‘My Island Home’. The album was produced by Mark Ovenden (Yothu Yindi, Midnight Oil, You Am I) and includes a powerful re-recording of ‘Back Fella/White Fella’ as well as the track ‘Stompin’ Ground’, which was nominated for ‘Best Indigenous Release’ at the 1997 ARIA’s. Musically the album mixes powerful hard rock a la Midnight Oil with the band’s earlier Roots, Reggae and Country influences. 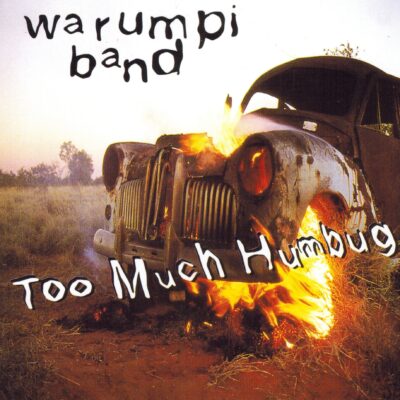