From the small communities of Ikuntji and Kintore in the red dirt west of Alice Springs comes an album that raises the bar for Desert Reggae – the Tjintu Desert Band‘s Tjamuku Ngurra (Grandfather’s Country)
The quintet formerly known as the Sunshine Reggae Band sing about their lives to a variety of Reggae grooves in this album produced by CAAMA, the Alice Springs-based Central Australian Aboriginal Media Association who have been unearthing and supporting Indigenous music and culture for over 30 years. We’ll also hear the Letterstick Band’s CAAMA album An-Barra Clan, Gina Williams and Guy Ghouse‘s new album Kalyakoorl, sung entirely in Noongah language , Jazz blues from Adrian Cunningham and Wycliffe Gordon and Sydney folk blues from Dave Calandra and the Backsliders‘ new albums.

Tjintu Desert Band members Jeffrey and Joseph Zirman’s father Smithy Zirman was instrumental in homeland movements of Central Australia. He inspired them to take up painting out of respect for the elders and their stories. Not surprising, given their community’s proximity to Papunya. 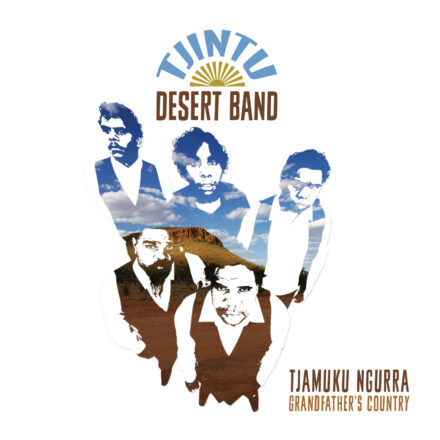