Emerging from the deserts of Central Australia is the unique sound of Apakatjah who combine intricate guitar work with ancient languages, stirring harmonies and traditional instruments.

Apakatjah (pronounced uppa–cut-ja) is a duo consisting of Dion Forrester and Jonathan Lindsay-Tjapaltjarri Hermawan who through their performances weave together a reflection of their blended cultures and wide musical influences such as Aboriginal desert reggae like Tjupi Band, old school metal like Iron Maiden and guitar master, Tommy Emmanuel.

Through its two band members Apakatjah combines the cultures of Aboriginal Australia (Pintupi-Luritja, Pitjantjatjara, Pertame Central Arrernte, Alywarre, Kaytitj and Islander), as well as heritage from European, Indonesian, Irish, Welsh and Dutch migrants. The word ‘apakatjah’ is a Luritja kriol word for a person of mixed race heritage, which the duo have reclaimed to demonstrate the pride they have in their identity and to draw strength from their culture.

Their debut single WARU was a finalist in the NT Song of the Year awards 2016. Their album ‘In Between’ was released early 2017. 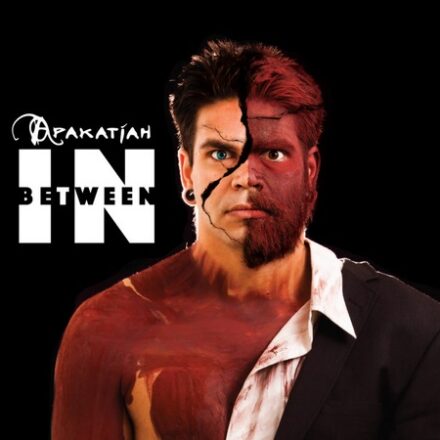